Skip to content
I wasn’t able to absorb the finer details of every step in the brewing process while I was shooting this photo documentary, so Zach needed to step in and help with that after the fact. Because of that, the article was co-written by Zach and myself. Thanks buddy!

I have been wanting to do this photo documentary for quite some time now, I just hadnâ€™t been able to get it on the schedule. The stars finally aligned though, and I was able to capture Zach from Urbanrest Brewing Company test the new pilot system he just got done building. A saison was chosen as the first brew.

Zach had tested the pilot system out the night before the actual brew day with only water to make sure everything was working. All tests were successful, which was the OK to proceed with brewing a beer in it the following morning. I arrived shortly after 10:00 AM to find Zach and Jeff setting the system up to start heating up the water for the first step in the brewing process. Mashing, or mash in. 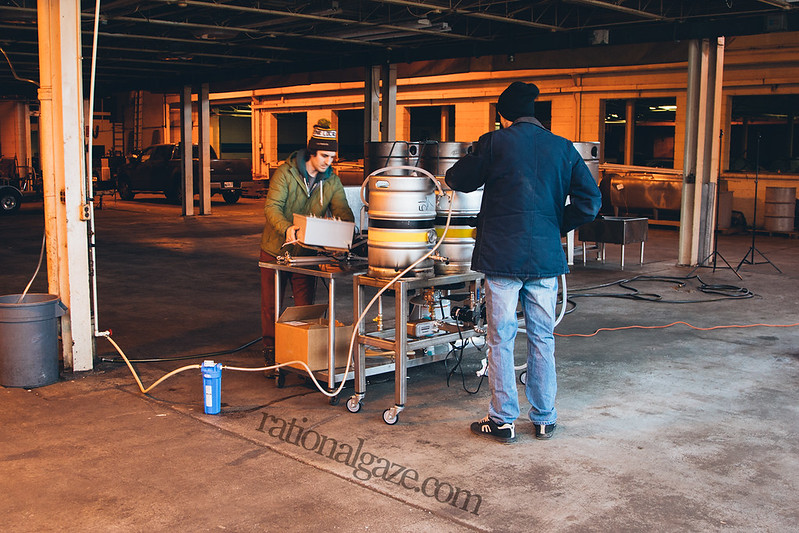 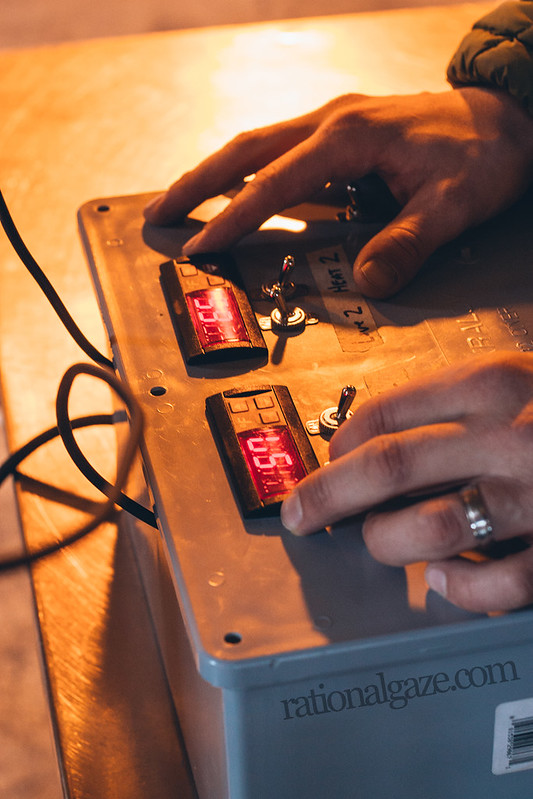 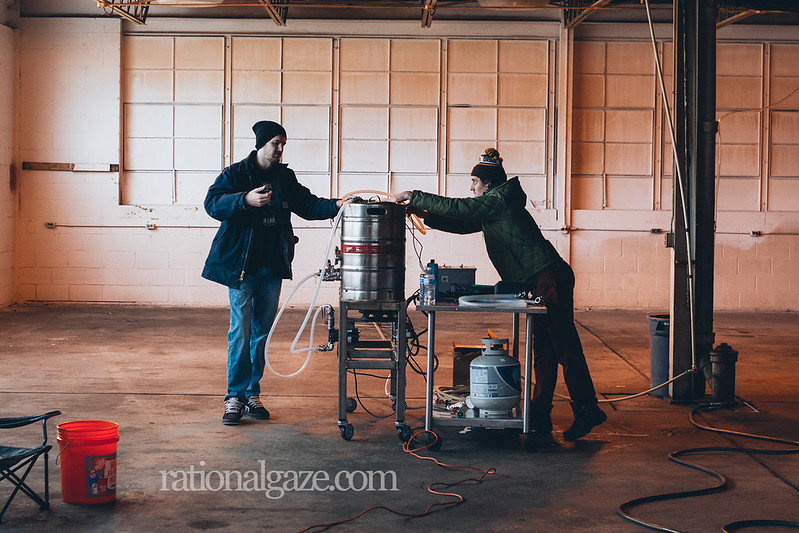 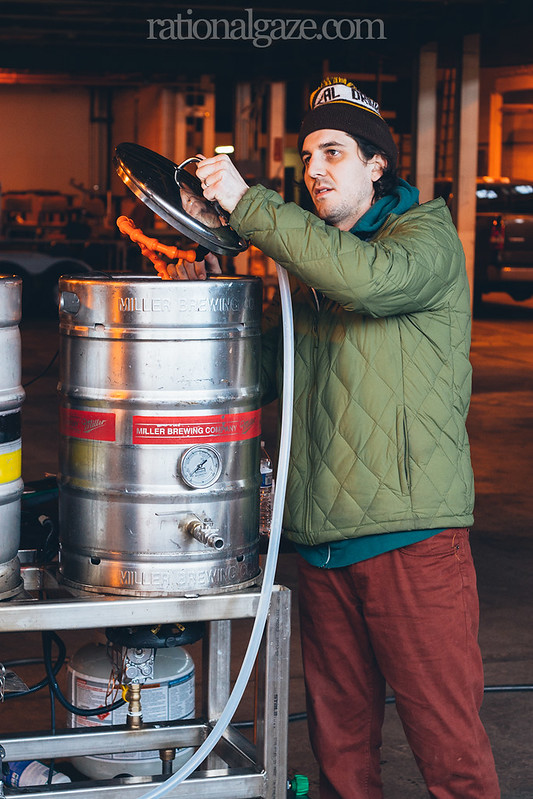 It was at that point that the first issue arose with the propane burners not burning efficiently with the vessels on top of them. Changing/modifying the flow of the propane didnâ€™t do much, but it ended up helping enough so we could actually begin. With that out of the way, water was added to the Hot Liquor Tank so it could start heating up to approximately 165°F. 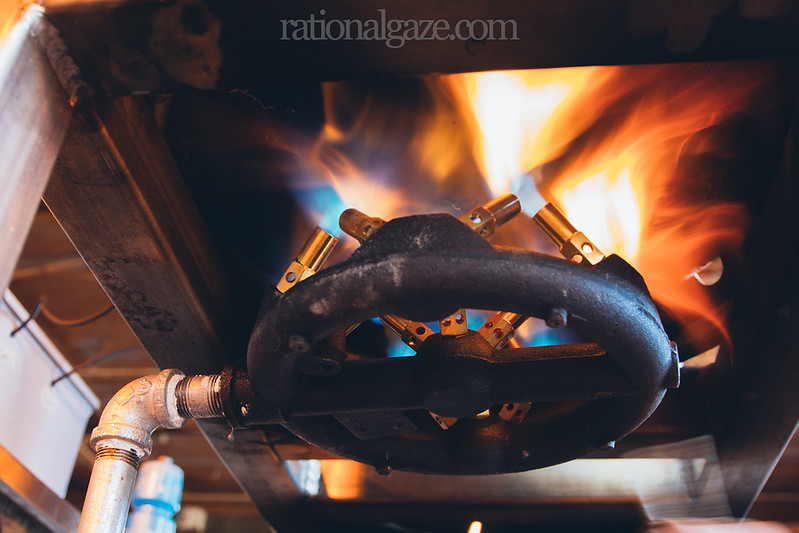 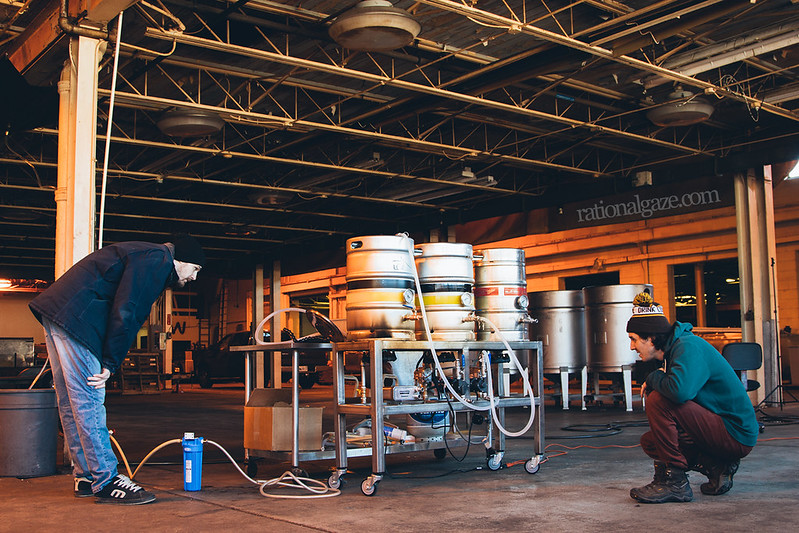 Once the mash liquor (hot water) reached temperature, it was pumped out of the Hot Liquor tank and into the Mash Tun and combined with a blend of Belgian Pilsner malt, wheat, oats and acidulated malt. The Mash Tun was brought up to approx 151-153°F (mash temperature) and set to rest for 60 minutes. This process, similar to making oatmeal, converts complex sugar in to simple sugar, which yeast can then eat to produce ethanol and CO2. 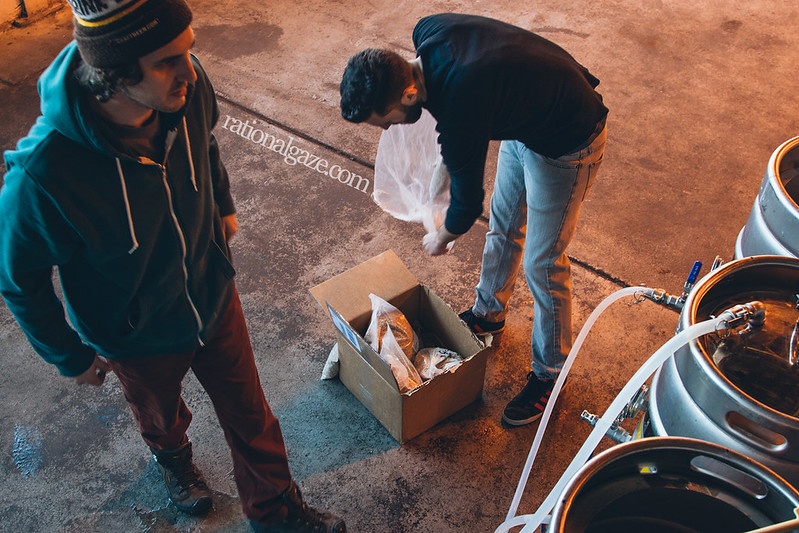 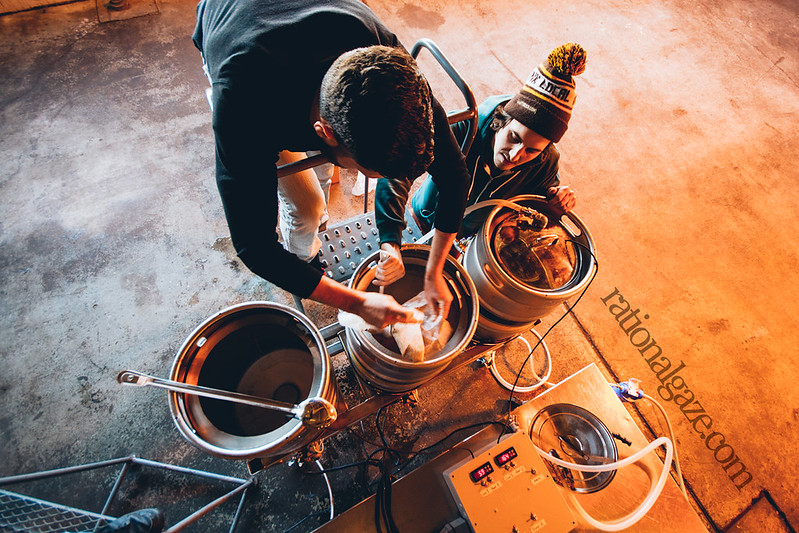 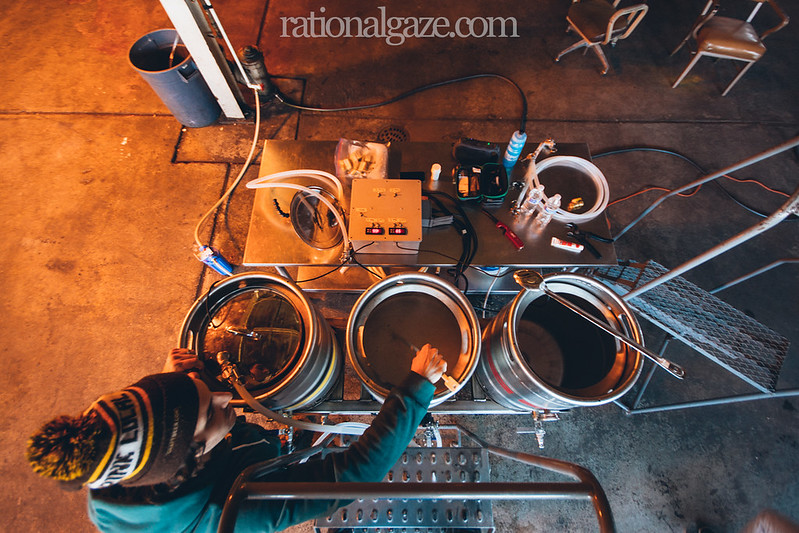 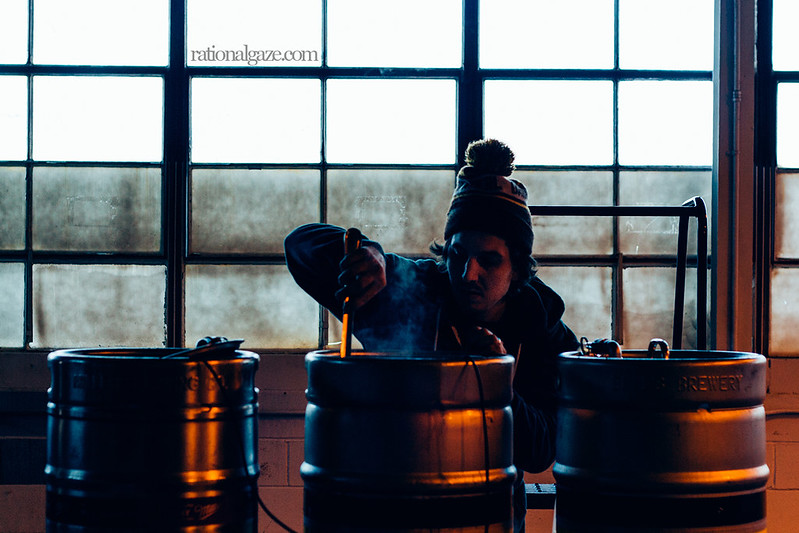 The last sub-step in the mashing process is sparging, rinsing the remaining sugars from the grain bed. Water was heated to sparge temp 170°F in the Hot Liquor Tank, then sprinkled over the grains in the Mash Tun while the sugary wort is being transferred in to the Boil Kettle.

With the wort now in the Boil Kettle, it was brought to a boil, at which point the hops were then added at various intervals. This specific brew called for 4 additions of Jarrylo hops at 30 minutes, 20, 10 and 1 minute left for a total boil time of 75 minutes. 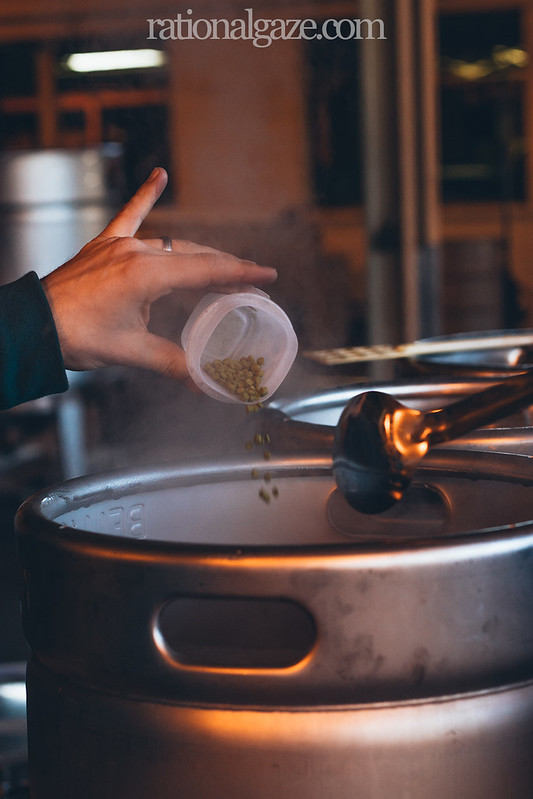 After the boil, it is time to chill the wort down to approximately 65°F so the yeast can begin to replicate as they voraciously eat sugar and convert it to ethanol and CO2. A fast chilling process also helps eliminate the production of bacteria and ward off contamination. The chilling is done by pumping the boiling wort out of the kettle, through the plate chiller, back up through the lid and back into the kettle. Chilling the wort from 212°F down to 65°F took 30 minutes. 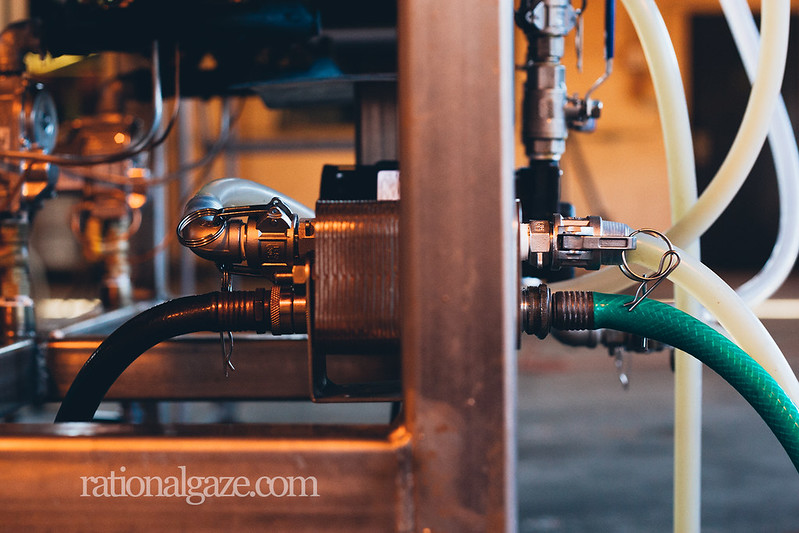 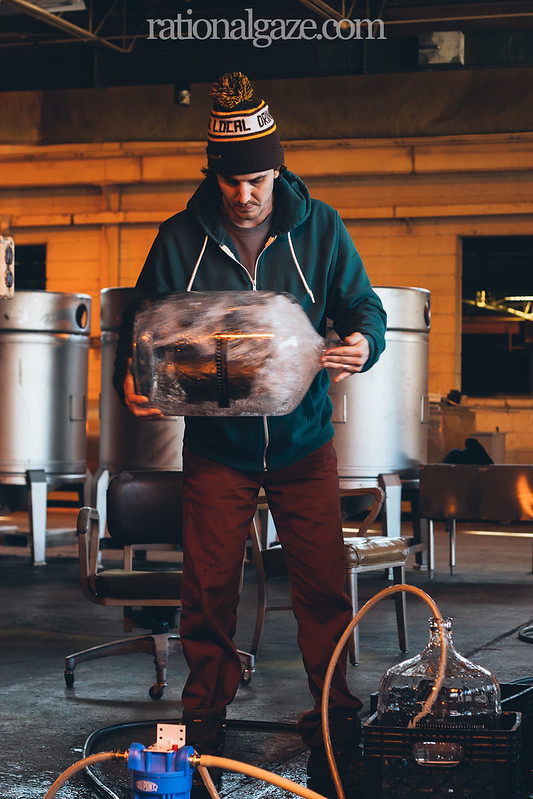 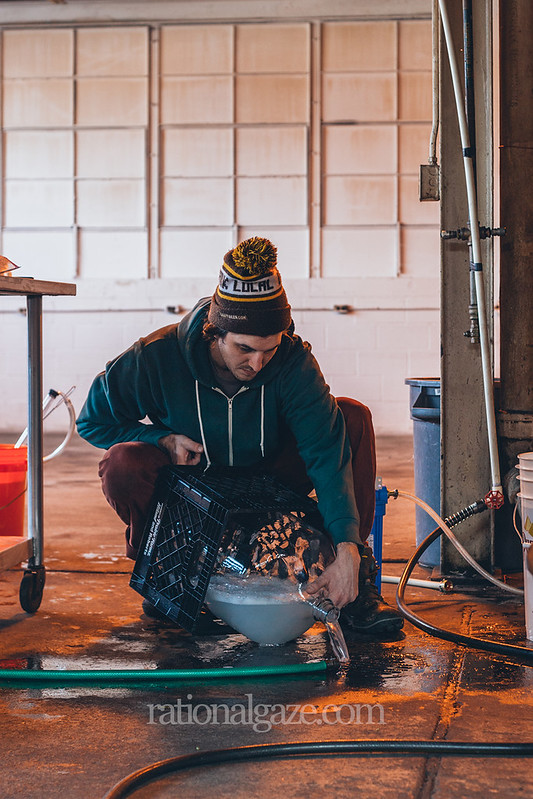 After the chilled wort was transferred into the fermentation vessels, Zach pitched a different yeast into each. The first one was a classic Saison strain, a yeast that Zach uses in many of his brews. The other fermenter was pitched with Brettanomyces Trois, a â€œwildâ€ yeast strain, in order to explore the many different nuances yeast strain selection can bring out in a beer. 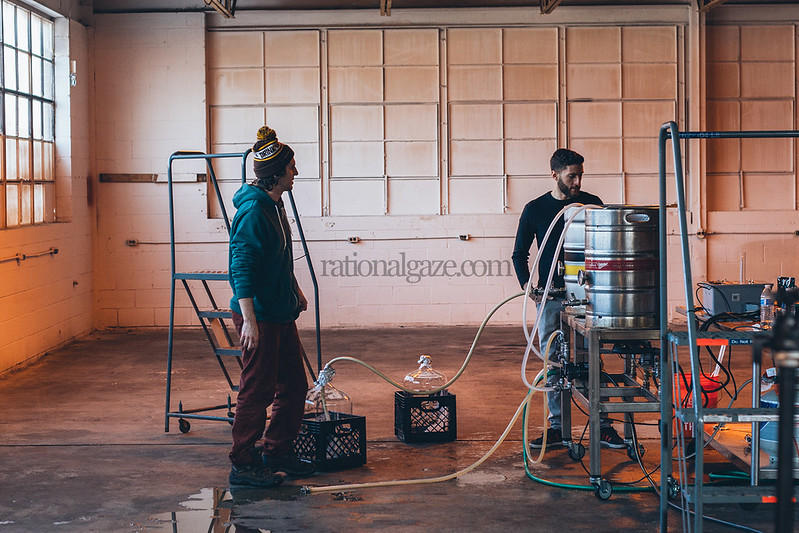 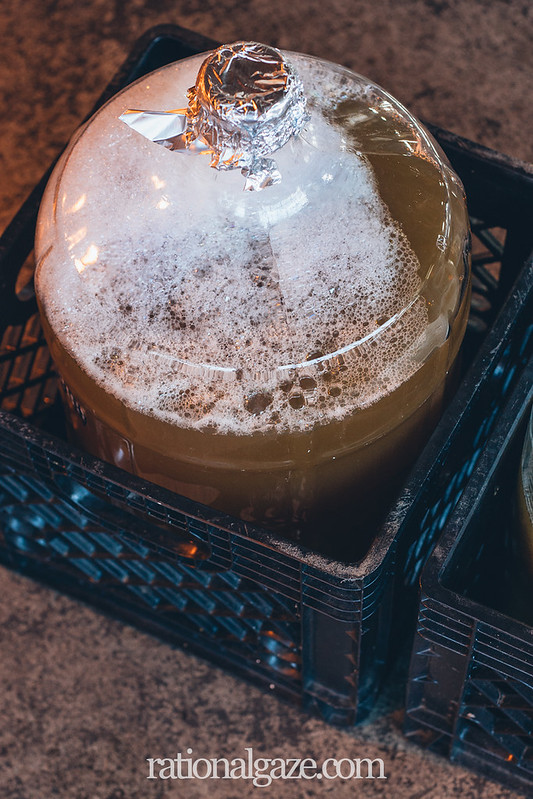 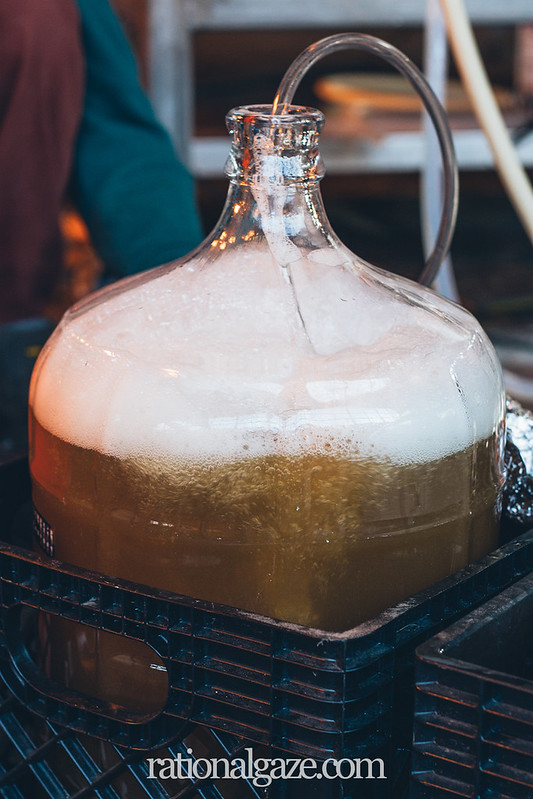 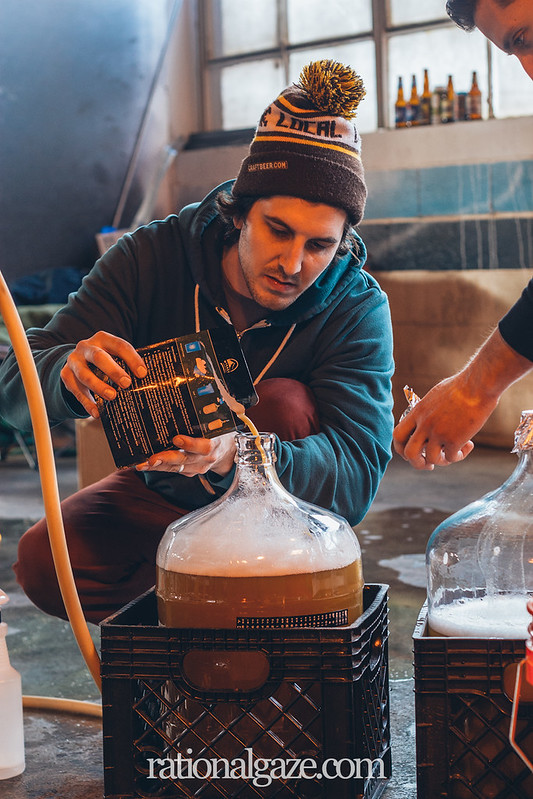 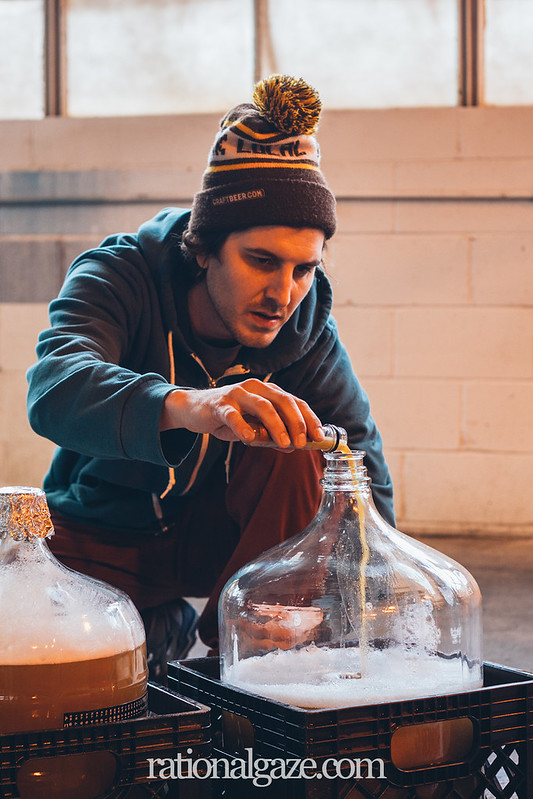 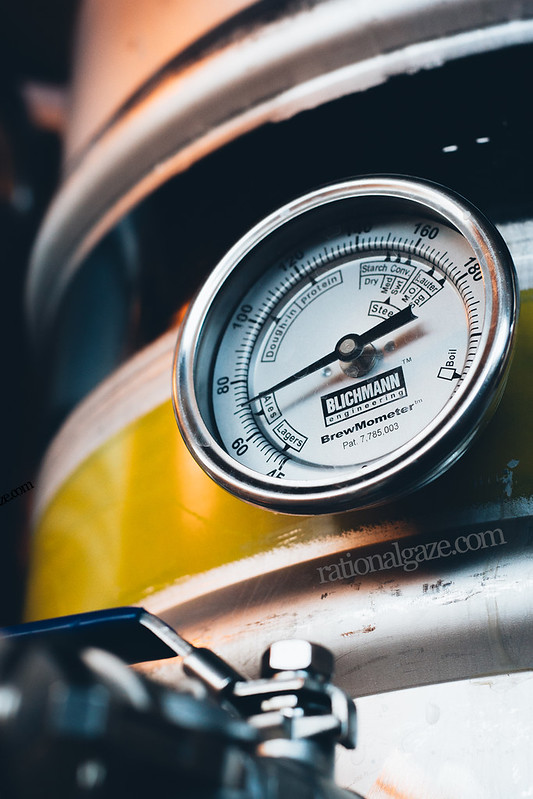 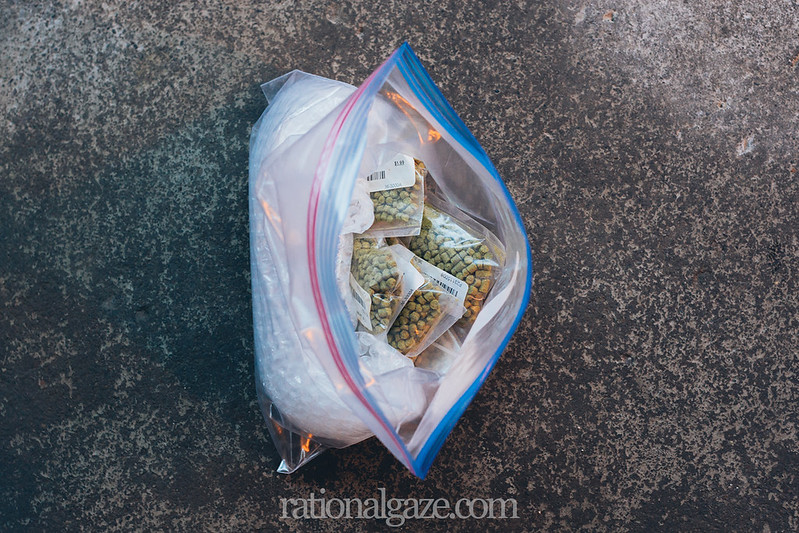 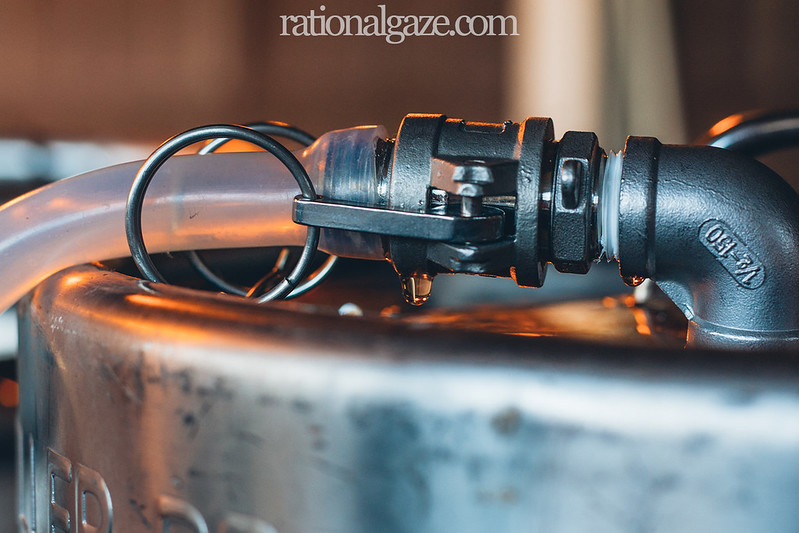 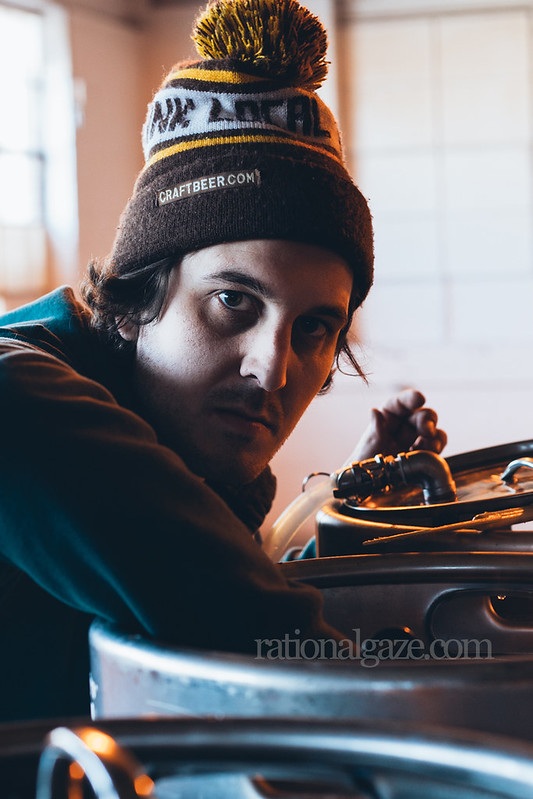 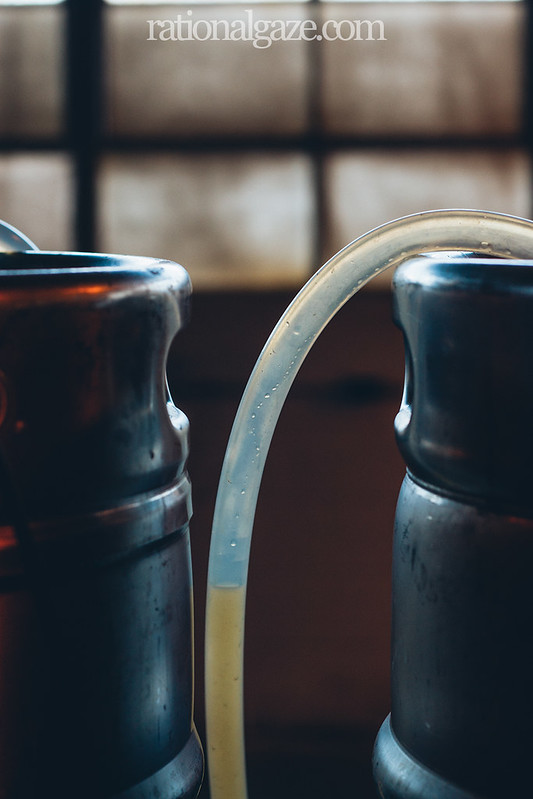 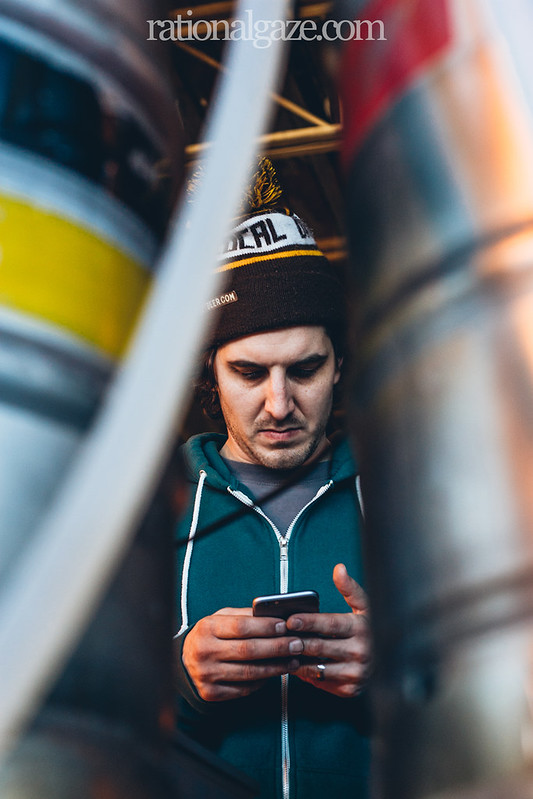 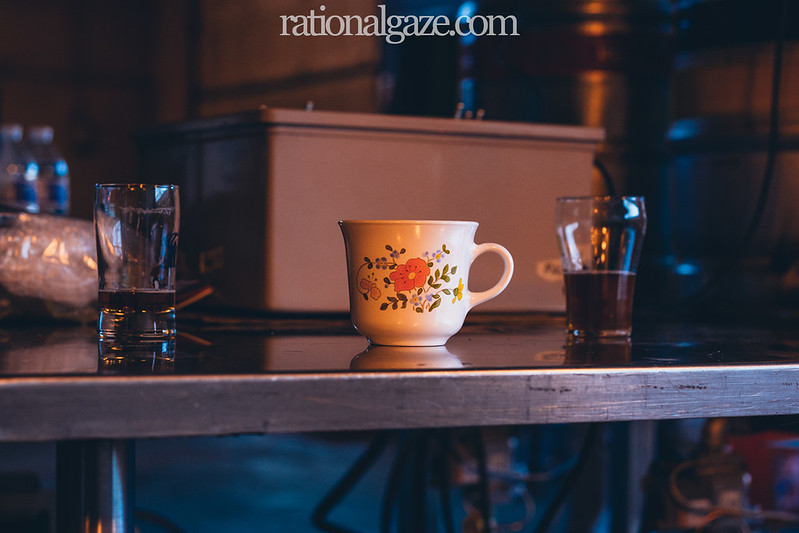 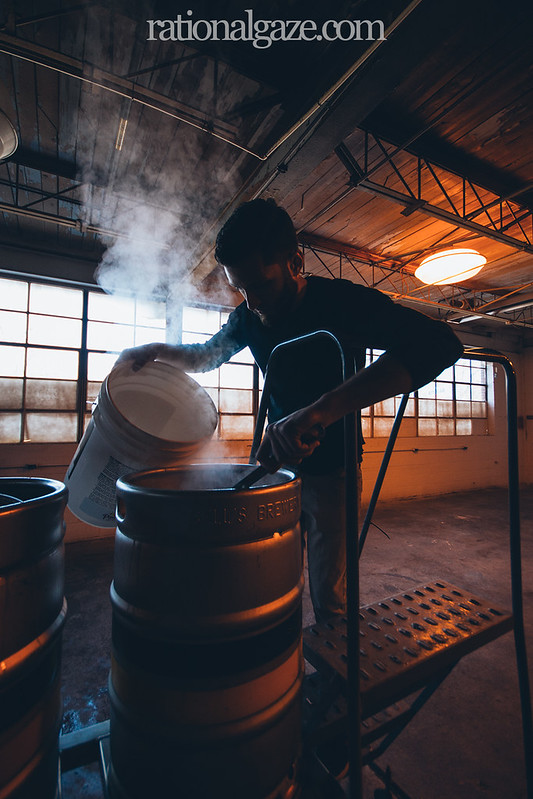 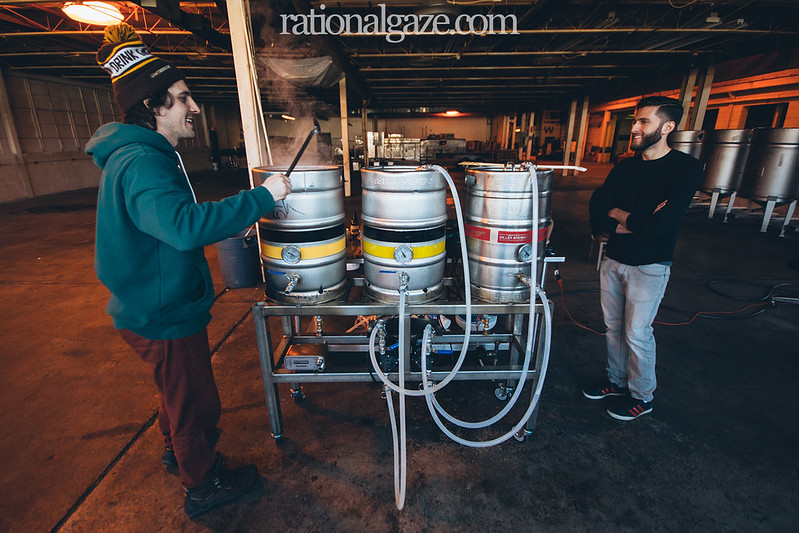 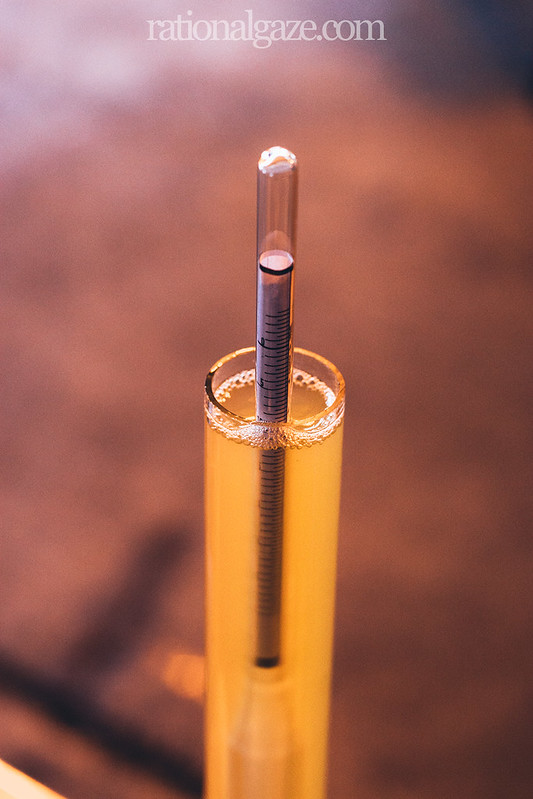